The Velveteen Rabbit by Margery Williams

‘The Velveteen Rabbit’ is a sweet little tale about a toy bunny who arrives at a nursery one day as the new plaything. At first he is an object of curiosity, but is quickly shunned when the other more expensive toys discover he is made of more inferior material. This greatly saddens the poor rabbit, yet one day one of the toys opens his eyes to a new concept; one where toys can actually become ‘real’. The toy rabbit learns that to become a real bunny, one must be loved by one’s owner; even if that means being loved to the point that a toy starts falling apart.

I started reading Margery Williams’ short story after I finished ‘Pinocchio’ by Collodi and whether by chance or coincidence, found it to be similar to that of the wooden boy. Both tales revolve around concepts of imitation versus reality, yet Williams’ tale has a ‘Toy Story‘ like twist, in that it is constructed in a world where toys come to life when you are not looking. This never fails to delight me, which means I have either not grown up… yet.

Williams has in her possession an ease of story-telling that looks and reads quite effortlessly but in reality is rather rare. The toy rabbit goes through a few trials and proves himself worthy of becoming a ‘real’ rabbit through his selfless acts as a loyal companion. In the end he discovers that it is not the material you are made of that matters, but rather what’s on the inside that counts. Like in ‘Pinocchio’, the Velveteen Rabbit is eventually granted his wish in becoming a real rabbit through a lovely fairy godmother and all ends happily ever after.

This is a perfect bedtime story for little ones to read aloud, with plenty of moral tales and a hugely satisfying, syrupy-sweet ending. I read the e-book version, which is again widely available. I accessed my copy through Kobo books. For books similar to ‘The Velveteen Rabbit’ I recommend Beatrix Potter’s ‘Benjamin Bunny’ series and also L. Baum’s ‘The Wonderful Wizard of Oz’ (also a rather extensive series in its own right!’

The Waves by Virginia Woolf

“Let us again pretend that life is a solid substance, shaped like a globe, which we turn about in our fingers. Let us pretend that we can make out a plain and logical story, so that when one matter is despatched—love for instance—we go on, in an orderly manner, to the next. ”

This was such a hard book to get into that it’s not even funny! I mean, I _KNOW_ what was going on, I know what Woolf was aiming for in the structural planning of the book, and I absolutely adore how well she kept up her water imagery. I am overwhelmed by her talent, but there is a fact that cannot be avoided; her novels are either going to be pure bliss, or absolute hell. This, to me, was hell. This disjointed narrative follows the lives of six characters whose voices intertwine to tell the story of the passing of time, how people grow from childhood to adolescence to adulthood. It is intensely nostalgic and is designed to mimic how the passing of what seems like an age, is nothing in relation to the world around us. This is perfectly symbolised by a side-narrative featuring the waves on a beach which begins each section of the novel. The end result is two stories set to two different time scales that run parallel to each other; the first being the transformation of the beach which through the duration of the novel is a mere day in relation to the storyline of the characters which spans their whole lives. This is a delicious juxtapositioning that truly works and gives the reader a sense of how fleeting life is with regards to the natural elements around us.

“On the outskirts of every agony sits some observant fellow who points.”

However, this wonderful structure does not help. The fact remains that I just couldn’t stop my mind from wandering off because of how damn  internalized everything is. The downfall of the novel is that everybody is talking in their own heads and no one is really interacting with each other. It lacks action which I think is fundamental necessity. It doesn’t help that we sometimes get no indication of who is speaking when, it’s very much like the characters are all insular, disembodied voices that float somewhere in the ether directly above their tangible, physical selves. Yet in direct opposition to this, there are moments when these ghostly voices word an emotion or a moment that is often more real than reality itself.

‘The Waves’ is a very complex and deeply disturbing novel that reaches into and explores the ‘self’ inside us that thinks and records our personal histories free from the restraints of language. Whenever I reach for any of Woolf’s works I have always been torn in two about her narrative style. She is either a pioneer of capturing the obliqueness of human thought, or the one who releases it from the constraints of language.

“I begin to long for some little language such as lovers use, broken words, inarticulate words, like the shuffling of feet on pavement.”

I have not yet made up my mind on what she was really aiming for as a writer. However I am certain that through her novels and short stories she was forever travelling towards the first moment of our being, when we make our initial impressions of objects and emotions that are so unbearably poignant that it hurts. I could say that ‘The Waves’ has packed full of such moments, especially the first part.

This is a novel that I’ll probably have to come back to later in order to fully appreciate it’s beauty.

This novel is now available in the public domain at:

The Gutenberg Australia website and in numerous formats on Feedbooks.com

The Diary of a Nobody by George Grossmith

Meet Mr. Charles Pooter, perfectly average in every way. Actually, he doesn’t really like being average (as he is a smidgen snobbish) but he certainly isn’t a ‘nobody’ either. He is rather just one of us, a person trying to get ahead in life and be as successful as he can be in the face of life’s little embarrassing disasters. And believe you me there are plenty of those in this book!

This is his diary, wherein he faithfully records all of the aforementioned moments including the stress of moving into a new house. British comedy is famous for its sarcasm and dry wit, and ‘The Diary of a Nobody’ has this in spades as it was written by George Grossmith, a rather famous comedian of his time. The humour here is of the domestic variety, and includes sharp observations of moments between long-married couples like the Pooters, whose spats are not funny at the time of happening but become hilariously so in retrospect.

All families have their dysfunctional side, and the Pooter ‘black sheep’ is none other than Lupin, the son – a young, cad about town with a bad work ethic and a penchant for making money fast through dubious means. Like most fathers, Charles Pooter is seriously concerned for his boy as he can’t seem to hold down a job and has taken to slang and courting chorus girls, which to him are marks of indecency. Attached to the Pooter household are the maids and two longstanding friends Cummings and Gowing, who (like their names) arrive whenever they want and always manage to finish off Mr. Pooter’s spirits.

The problem with Pooter, (or rather the sad part of it) is that he is an intelligent man, but for some reason is never entirely taken seriously by his friends and family. Everyone is making jokes at his expense and his own jokes aren’t all that good either. He is a rather sensitive character, and comes across as a bit of a pushover. In fact, he reminds me a little of Kenneth Williams of ‘Carry On‘ fame’ with a large helping of John Cleese.

All in all rather funny in a quaint way. Despite being written in the late 1800’s, it is very easy to read and relate to. I feel sorry for Mr. Pooter! I swear I know someone like this in real life… 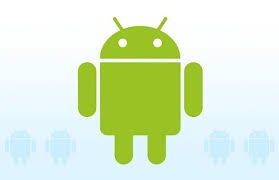 For god’s sake. Stop being such a paranoid android,
and learn to love the little green man…

I take it back. Every negative word I have written about the ebook/ audiobook phenomena (or any format that deviates from the traditional way of reading) has as of today, come to an abrupt end. Who or what converted me so completely and painlessly? The world of android apps, of course. Those wonderfully cute and colourful icons of free information that you stream onto your phone, those friendly and extremely useful gadgets that help pass the time, convert your money to any currency you want… or allow you to access thousands of classic novels. All for FREE. Now that is an app to die for.

Among the thousands of these tiny little widgety things I discovered an oasis of reading material. The website I happened to used was Android Market that came pre-installed on my phone. It’s a really useful website that offers information about the different types of apps on offer. Searches can be made separating the best paid and free apps on the market, and it allows direct download into your phone via a USB cable. What’s more, I really liked the reviews of the different products. Very valuable if you are a techno-phobe like me and dread getting into trouble with glitches and viruses.

I quickly discovered that there was really no need to pay for many of the stuff I wanted to use, because the free ones operate just as well as the paid ones. Among my sojourns in the ‘Books and Reference’ section, I discovered a lot of apps for Bibles, Moon phases and other religious books. Ideal for those who wish to carry their scriptures with them while on the go.

Wondering what I managed to find? Here’s my list of book related apps:

It has in some respects been a day of revelation to me. I who was a proud reader of the ‘written word’, has finally ‘got’ it. I hope to discover many more bookish apps and through sharing them hope to help other conservative minded readers make the switch over to the digital realm a little more easier. Do you have any bookish apps that you have discovered or can’t do without? Please do share!